What Our Franchisees Learnt in 2022

As we near the end of 2022, we take a look back on the year and what our it’seeze franchisees have learnt. From discussing the future of the internet and setting up Payl8r on websites to the presentation of business awards, let’s round up what went on.

January
As Boris Johnson confirmed Plan B rules and then scrapped them again, we were easing the new year, 2022 at it'seeze.
January was all about thinking of ways to increase conversions for our franchisees across the UK.
We launched a Quick & Easy Quote button on our national site. This new call-to-action allows visitors to quickly understand indicative package pricing and to funnel these potential enquiries into leads.
Our January blogs were 5 Tips For Working From Home and 4 Ways to Increase Your Business Productivity. We added an Available Territories section to our website to help prospective franchisee's find their preferred area.
Plus by the 31st of January we hit over +800 reviews in Trustpilot, with a TrustScore of 4.9/5.0!
⭐⭐⭐⭐⭐
February
In the month of love we celebrated Love Franchising, where we championed our franchisee's achievements. Because our franchisees concentrate on their specific areas, they often become a part of their local community. This allows them to respond to customers’ needs and what matters to them most.
It could be making sure suppliers stick to high animal welfare standards, reducing packaging and the use of plastic, and championing paper straws to using just eco-friendly products.
February's blogs were Your Business Strategy Sorted: How To Plan Ahead and Networking For Your Small Business: The Dos and Don’ts.
February also saw the start of our Day in the Life series of emails and landing pages with the first one highlighting Ann Naylor from it'seeze Windsor. 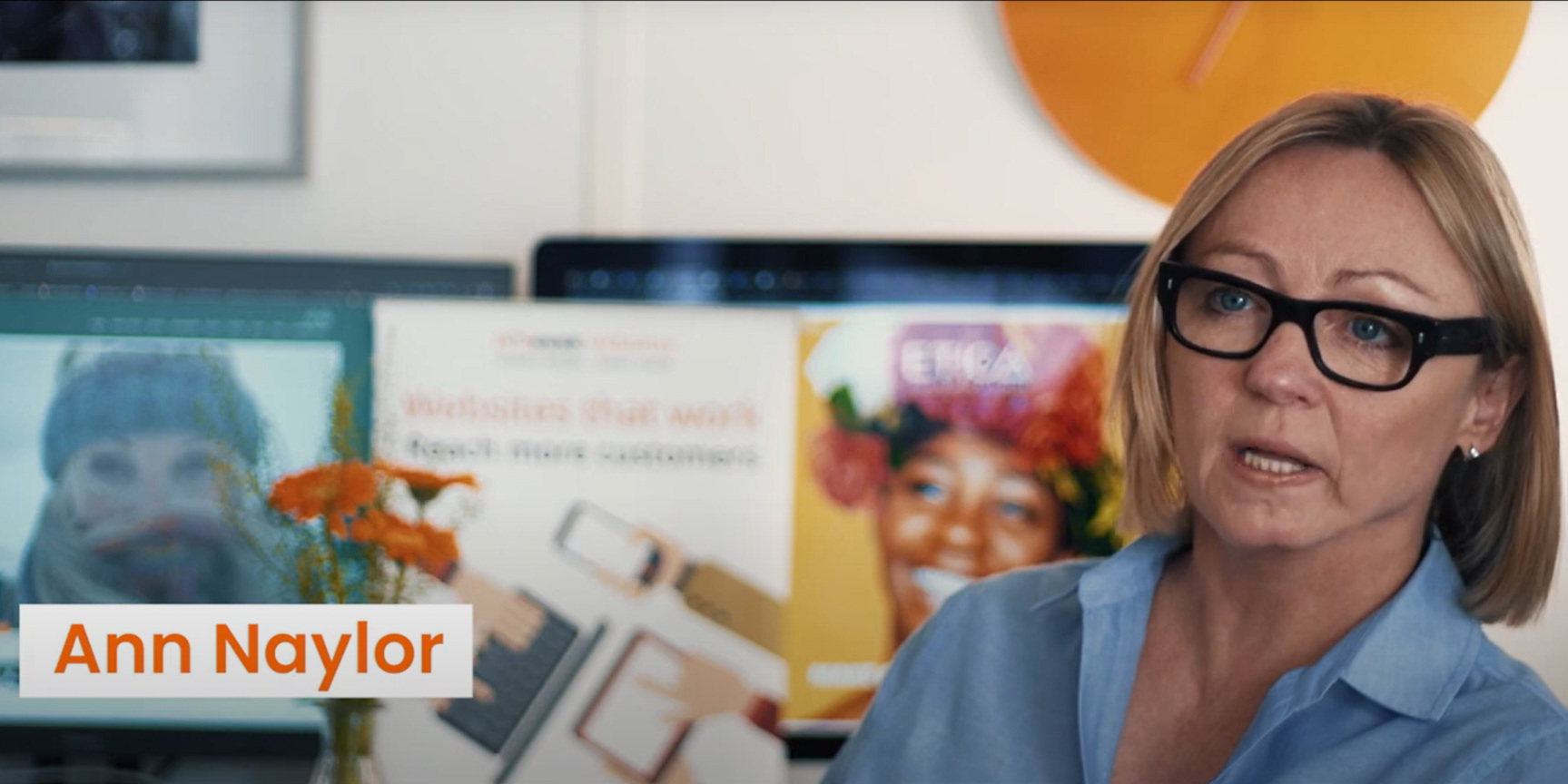 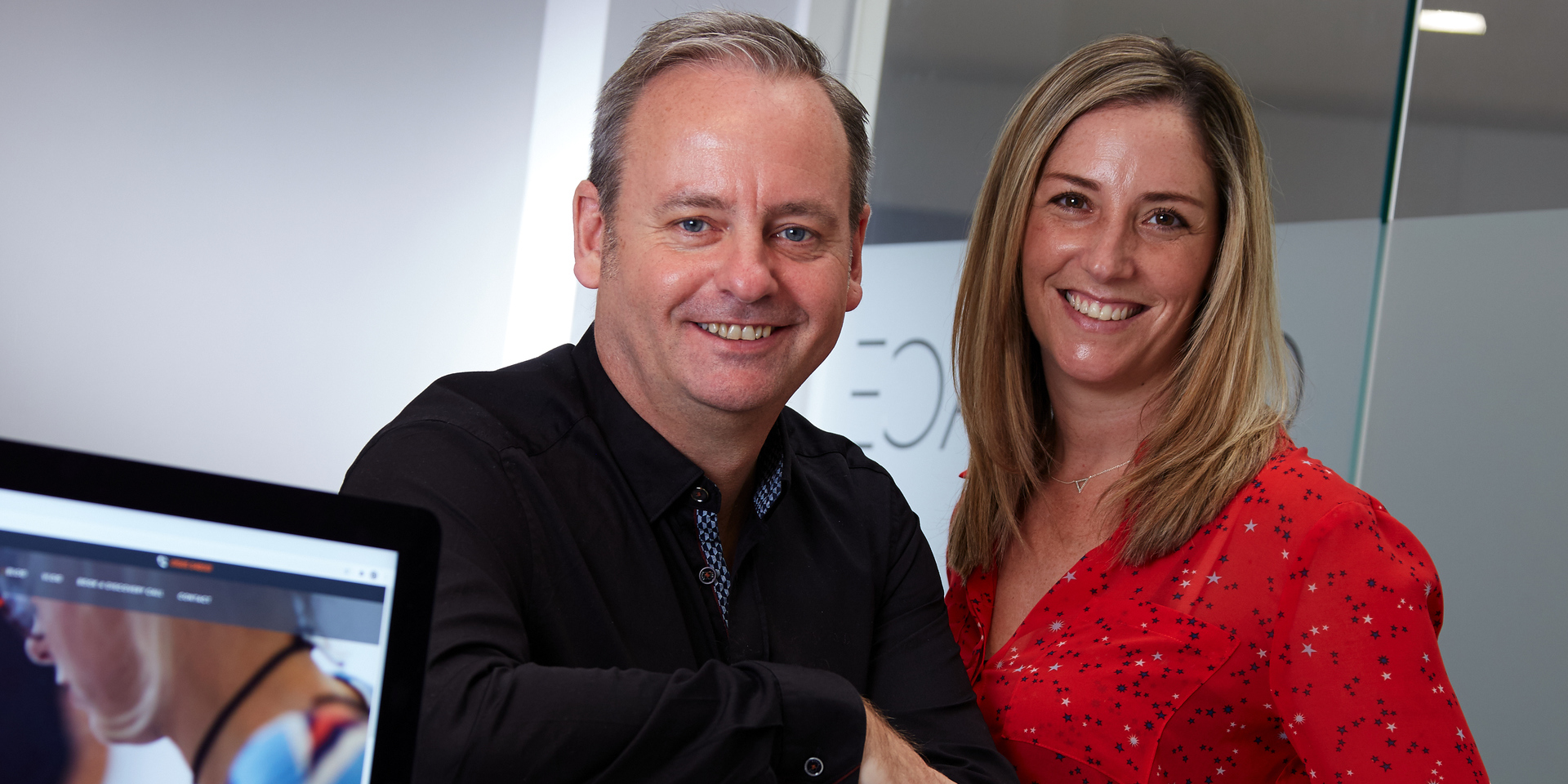 March
March was a busy month for our franchisees. Simon Fincham at it’seeze Exeter was delighted to design and build a new website for Jane Corry, 6x Sunday Times bestselling author. The website launched her new domestic thriller, “We All Have Our Secrets”.
It’seeze’s very own Alex Brook, in collaboration with Coconut Marketing, gave an interesting talk on “The Future of the Internet” for franchisees. As well as discussing how the internet may look in the future, they also talked about Metaverse and how franchisees can use virtual and augmented reality in website design.
March's blogs offered advice on: How Not To Run A Franchise Business: 5 Mistakes To Avoid and 6 Digital Careers To Consider When Starting A Small Business From Home.
Our Day in the Life series of emails and landing pages continued into March, this month highlighting Gemma Green's experiences at it'seeze Knutsford.

We were delighted to welcome Robert Walton into the it’seeze family in April.
April
In April, we launched Payl8r for our franchisees, offering their customers a new payment gateway for their websites.
We were delighted to welcome Rob Walton into the it’seeze family in April. Rob joined as a franchisee and, having received his training, is now well on his way to a successful it’seeze Sheffield franchise.
We also welcomed Emily as SEO Executive to the Marketing team, Emily's role is focussed on the continued optimisation of it'seeze national and regional websites.
April's blogs were centered around Owning a Small Business Vs. Owning a Franchise and Third-Party Finance 101: How to Finance Your it'seeze Franchise.
This month our Day in the Life series joined Nic & Sarah Johnson of it'seeze Hull. 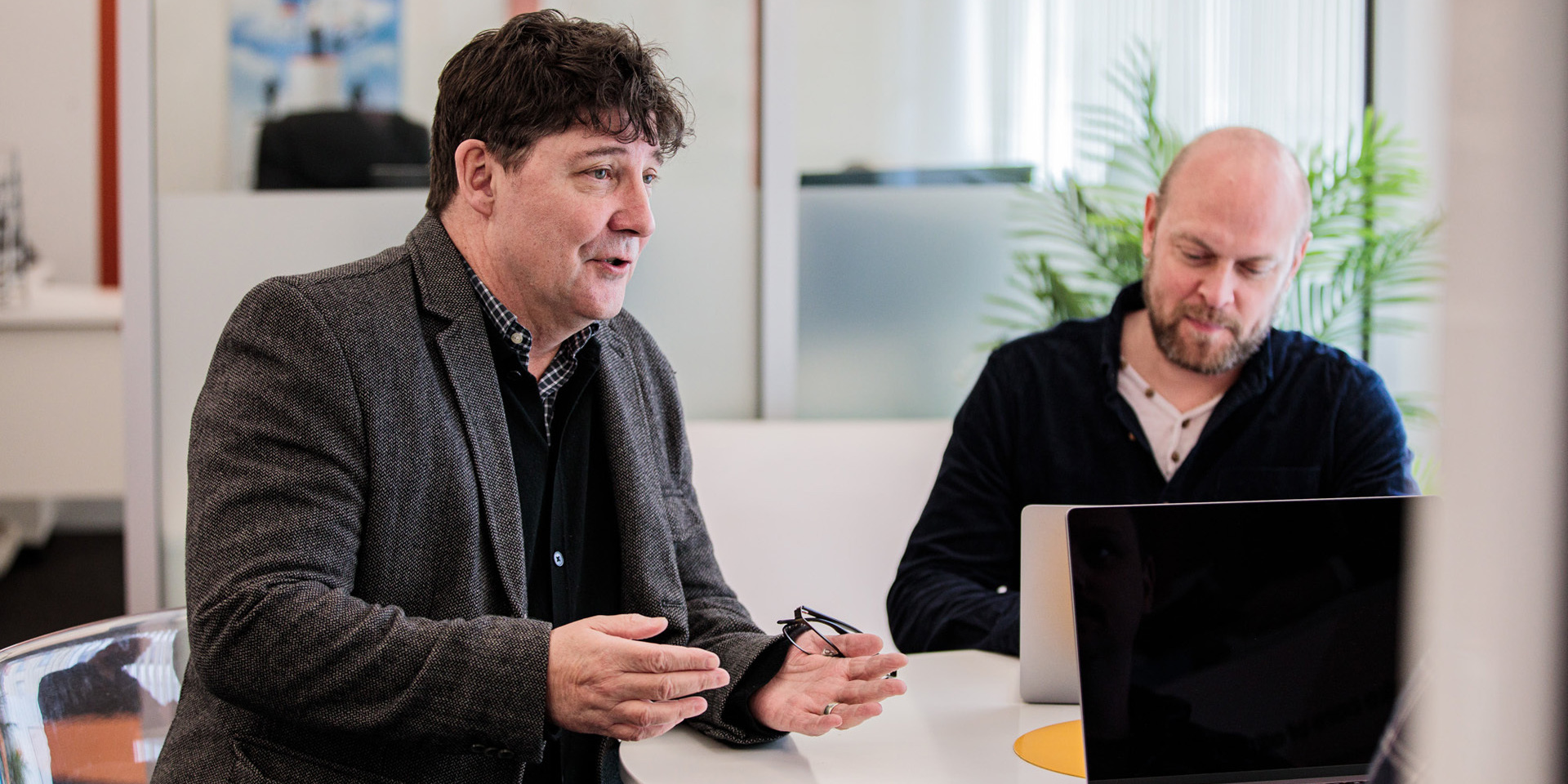 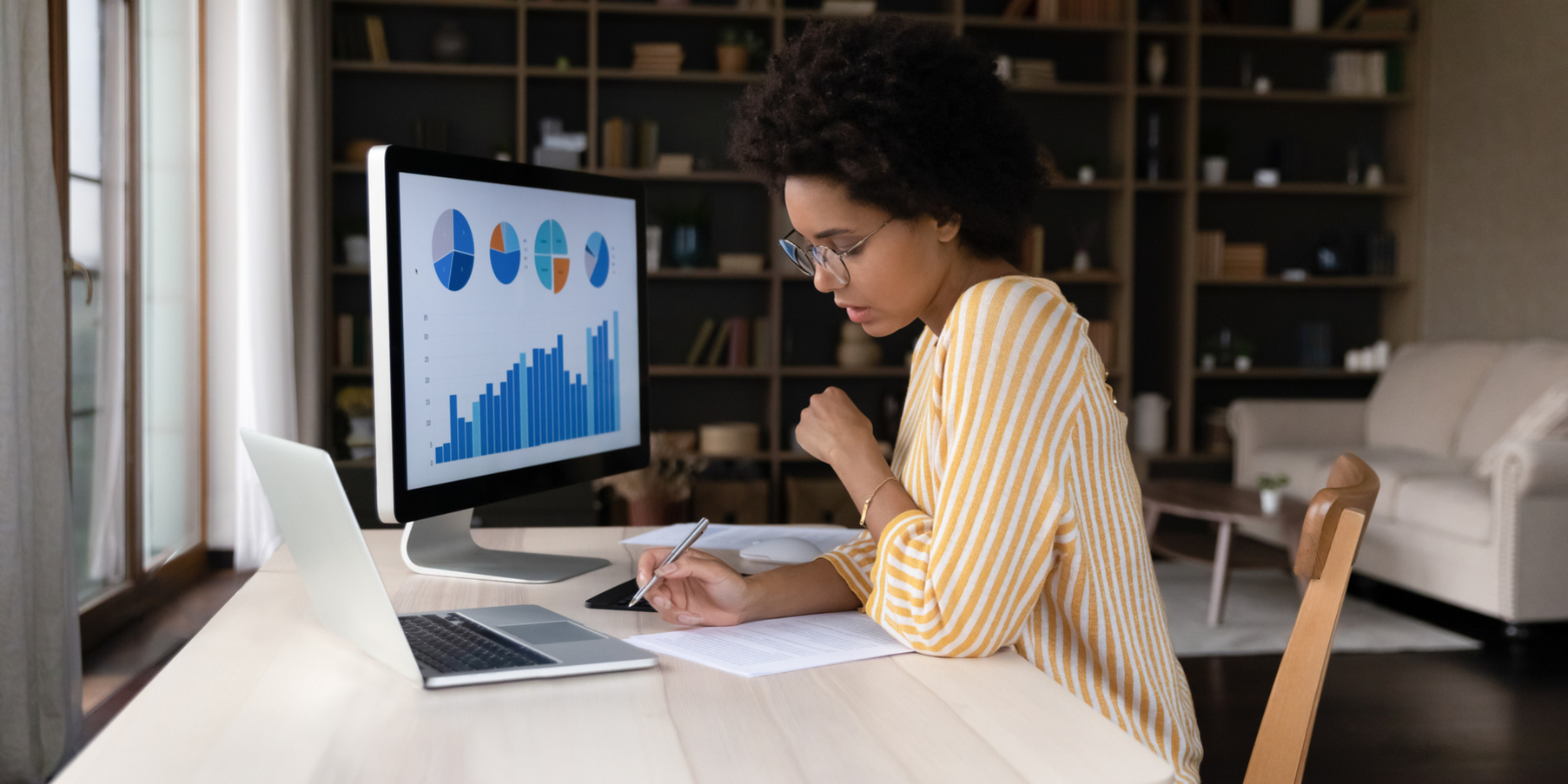 May
During the month of May, every marketer learnt that next year on 1st July '23, Google's Universal Analytics (UA) will no longer track and record your websites visitor data.
This is because Google is replacing UA with their next-generation measurement solution called Google Analytics 4 (GA4). So we informed our franchisees we will be making the switch for them!
Also in May, the Head Office team tried to make a break for it at The Escape Rooms in Torquay and were treated to a meal afterwards to celebrate their freedom!
This month our email message posed the question: Why choose it'seeze franchise? Also in May, Emily published her first blog, asking the question What Does Franchising Mean to Generation Z?
June
In the month that we celebrated the Queen's Platinum Jubilee we were busy thinking about ways we can offer new, refreshing information to our franchisees.
In June, we found a few training sessions for our franchisees to attend if they feel they'd gain from these. One was a Cold Calling Training Session via LinkedIn which we thought would be useful.
We also have a forum to give the franchisees a chance to vocalise something or ask the other franchisees. In June, we reviewed recent feedback on the forum regarding holding pages and introduced two holding page design options for the franchisees to offer their customers.
Our email message in June helped to highlight the differences between being an employee Vs. being a franchisee. 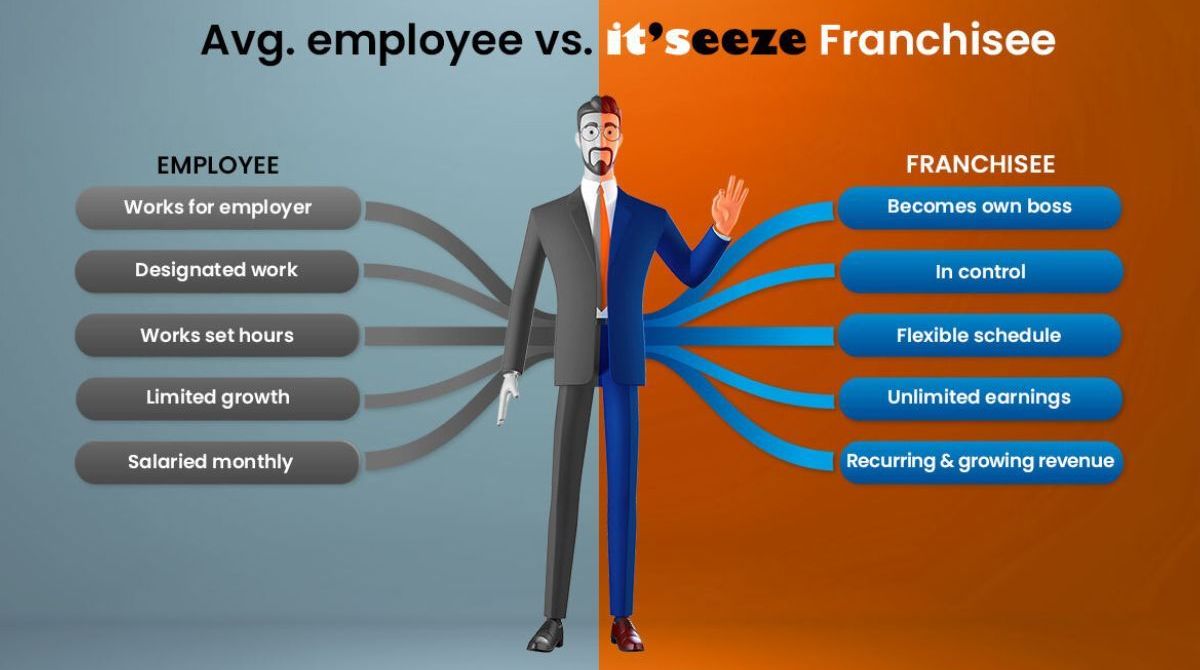 We were thrilled to hear and support Steve Axtell when he was part of the judging panel and presented the SME Northamptonshire Business Awards in July. 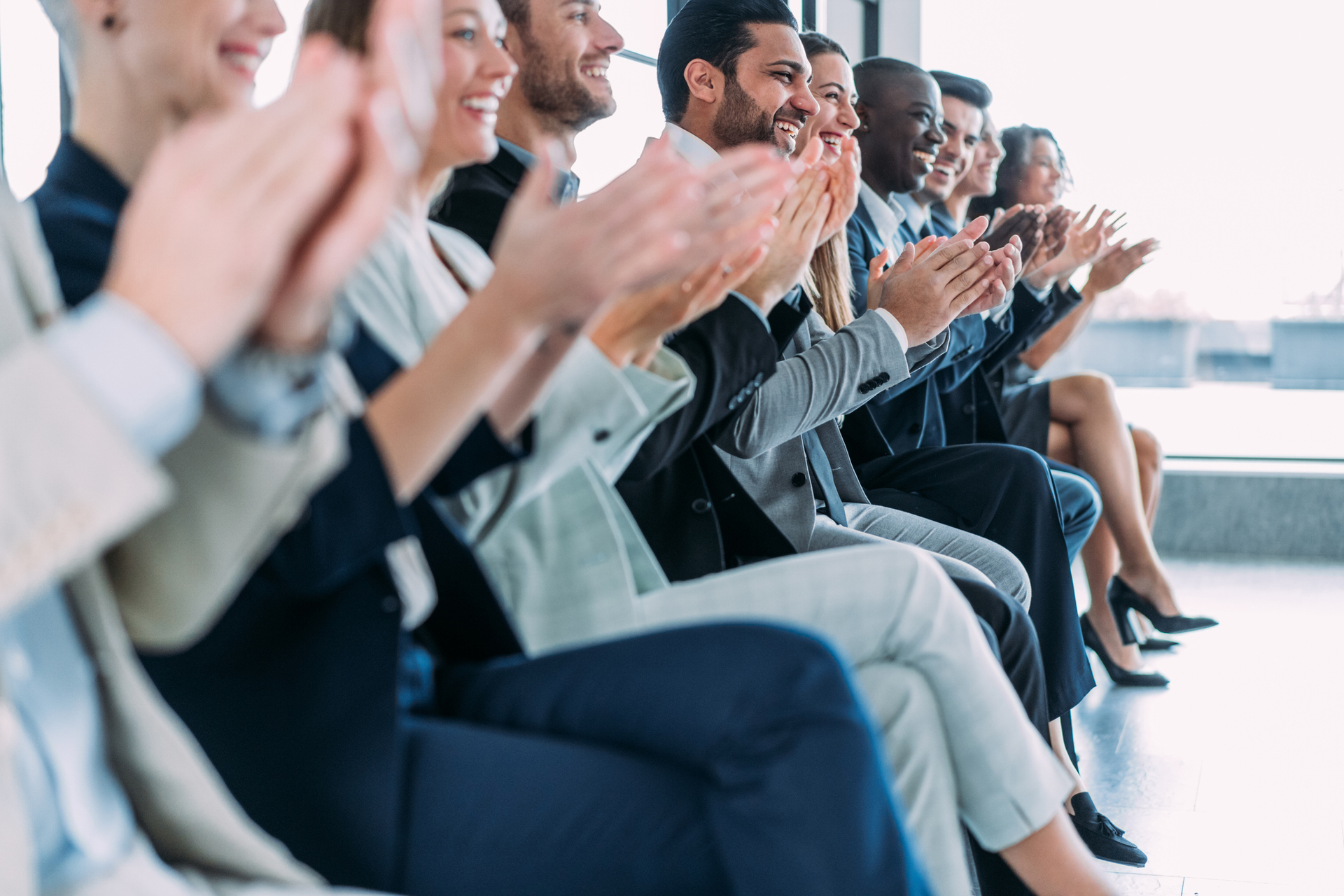 July
We were thrilled to hear and support Steve Axtell when he was part of the judging panel and presented the SME Northamptonshire Business Awards in July. Since 2010, Steve has owned and operated the it’seeze Northamptonshire franchise and has become the ‘go-to’ source for SMEs in Northamptonshire when looking for website design and online marketing advice. Well done to all the award winners and to Steve!
Another piece of fantastic news for July, we announced that any new; Plus, Max or Shop customers, will receive a fresh re-design after 3 years!
This means that new customer websites will stay up-to-date with the latest design trends and ahead of their competition. A website re-design helps to boost revenue, lower bounce rates and improve overall user experience, this looks very attractive to potential customers of the it'seeze franchise.
In July our blog focussed on 6 Ways To Make Your Franchise Succeed and our monthly mailing continued the Day in The Life series around Phil Revill at it'seeze Nottingham.
August
As things were hotting up in August with the Notting Hill Carnival & Glastonbury, we were creating and running a successful LinkedIn campaign, our Website Enquiries Recipe Guide, was designed to increase web visits and enquiries for small businesses through simple recipe cards.
We also created a Shop Features page, which describes every feature of our Shop websites in detail, to aid our network and customers alike.
In August our Trustpilot reviews continued to climb, with Support often being cited as the reason our clients find us so easy to work with.
We also began to address upcoming issues with our blog entitled: How to pick a franchise that’s recession-proof.

September
Sadly, the nation mourned in September at the Queen's passing.
Here at the it'seeze Franchise, we continued to blog regularly to update our website with fresh content, but also to educate our visitors and answer any questions they may have. We also encourage our franchisees to have a read in order to stay up to date. We published an interesting one during September, learning How to Create a Business Plan for Your New Franchise A Step-by-Step Guide.
Our email message in September just wanted to know If You'd Been Eaten By Aligators?
October
In October, Suzy Perry from it’seeze Bristol had an interview with Ed Purnell from The Franchised, and together they discussed Suzy’s journey to becoming an it’seeze franchisee.
Suzy gave Ed an informative, interesting insight into becoming a franchisee with it’seeze from the first discovery call to completing our training and setting up as an it’seeze website design business.
The 10th of October offered the opportunity to put the spotlight on World Mental Health Day, at Head Office which started with a walk for World Mental Health Day, which we all thoroughly enjoyed, getting a chance to get out in the sunshine. 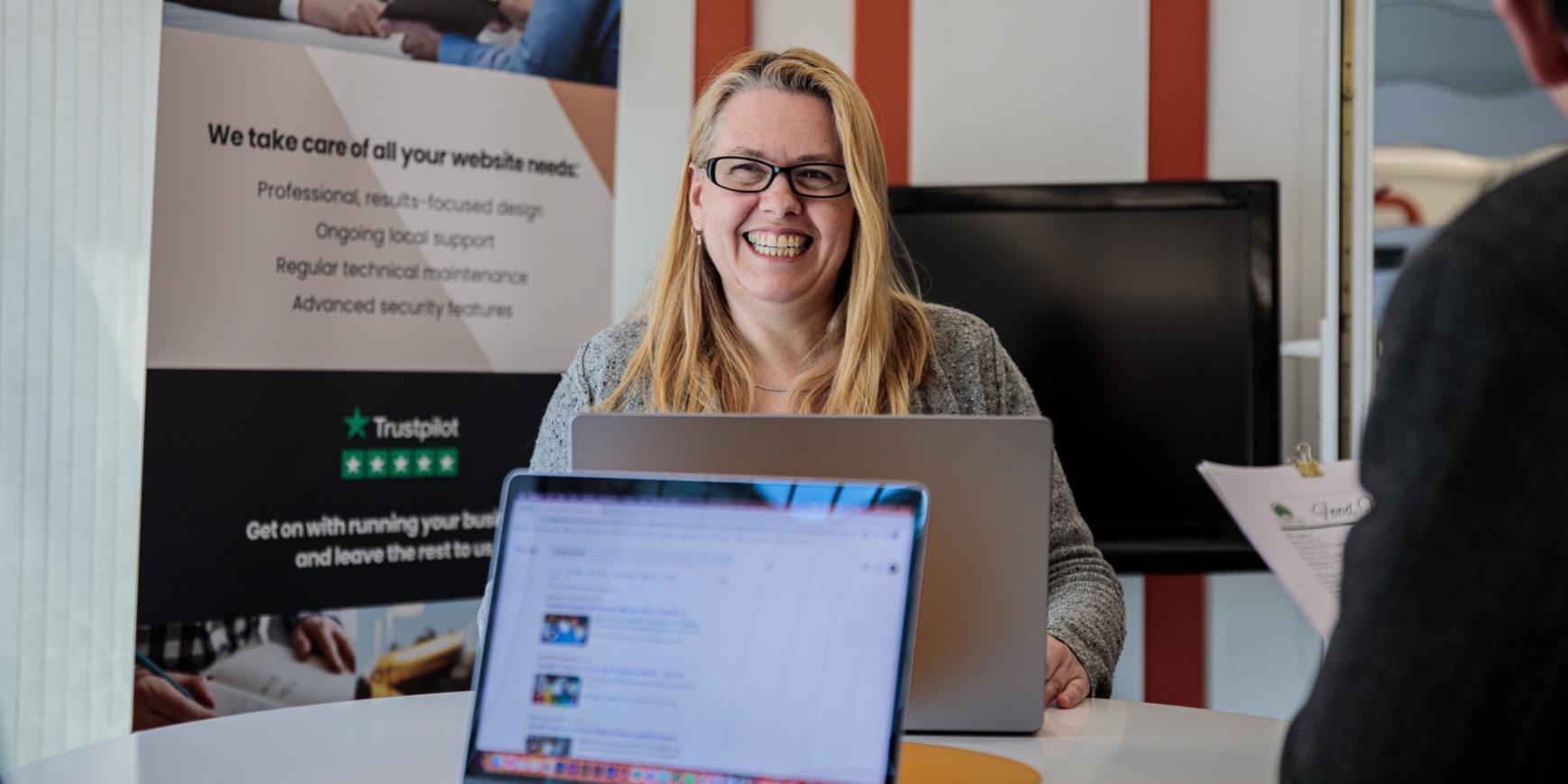 In October, Suzy Perry from it’seeze Bristol had an interview with Ed Purnell from The Franchised, and together they discussed Suzy’s journey to becoming an it’seeze franchisee. 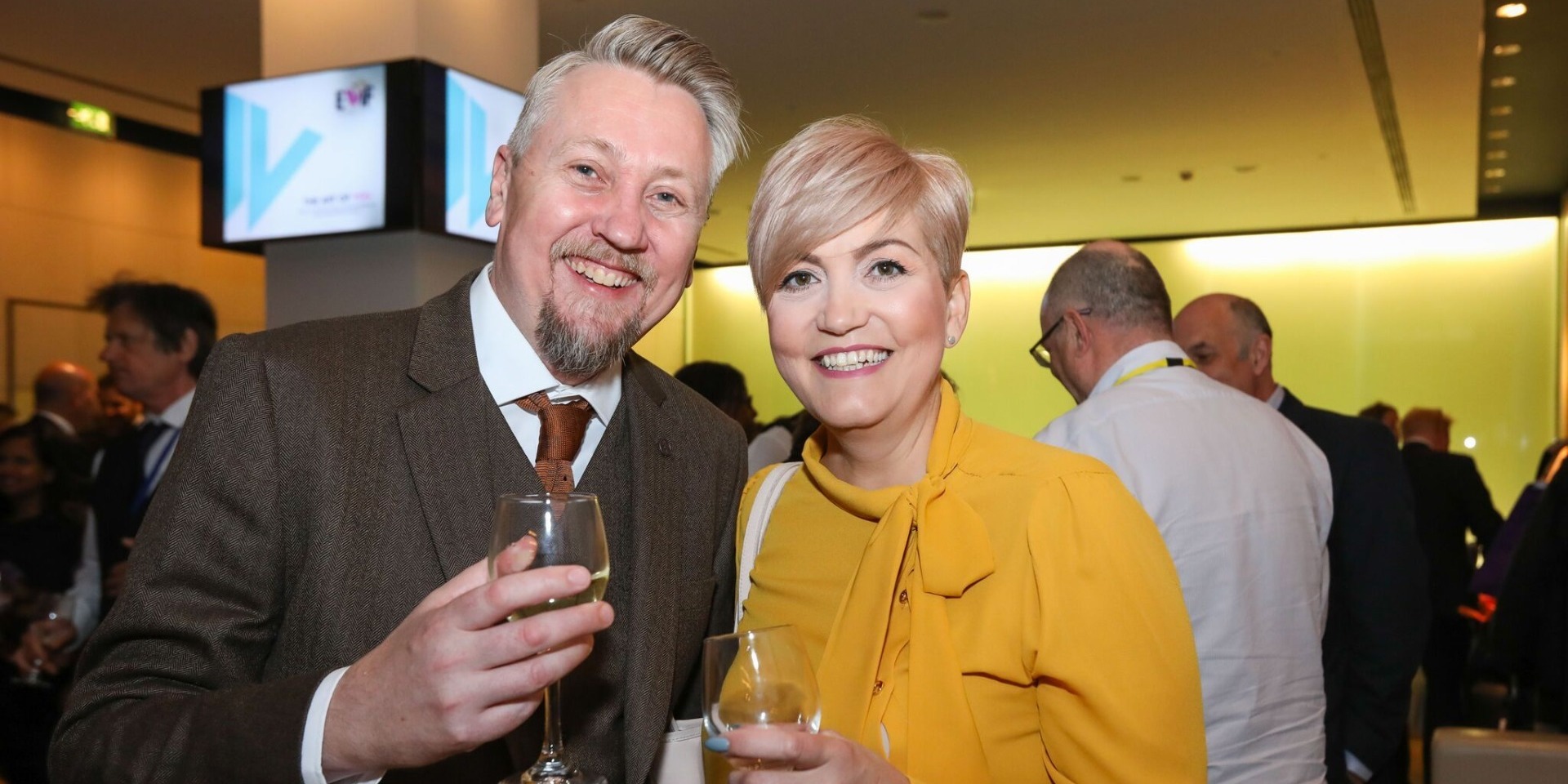 November
Our franchisees, Nic and Sarah Johnson have had enormous success with their it’seeze Hull franchise over the last five years, with record performance and business growth. So, we were absolutely delighted when they developed their franchise business further into a family business in Leeds.
Their daughter, Liv, who was instrumental in supporting the client base that all have worked so hard to build in Hull, is working with Nic, Sarah, and her partner, Mike Evans, to become the proud owners of another territory – it’seeze Leeds.
Alex Brook, Franchise Development Manager at it’seeze, said:
“We are really excited to have Liv and Mike on board and see the Johnson family continue their success with their it’seeze franchise!”
We also hosted our it’seeze Websites Conference for our franchisees in November, and what a huge success it was. Our franchisees and our it’seeze Head Office team met in Bristol for the two-day conference. Everyone caught up with each other, shared best practices, listened to great speakers and got involved in a series of really useful breakout sessions.
Stefan Thomas gave our franchisees some ‘golden nuggets’ on networking and business growth; Katrina Sargent and Simon George presented the Business Buzz opportunity, while Suzy Perry and Ann Naylor gave great sessions on growing and automating their businesses.
We also congratulated Richard Hubble from it’seeze Gloucester and Steve Axtell from it’seeze Northampton for winning the annual it’seeze franchise awards – well deserved!
December
Just before we started our Christmas Celebrations at Head Office, we published a document consisting of the Conference's key points and questions. In order to assist the few franchisees who were unable to attend this year's conference (and anyone who wanted a recap). This provided our franchisees with the key points that were mentioned, and the questions and answers from each presentation.
We then celebrated the year of 2022 with all the it'seeze Head Office staff in Torquay.
We’d like to take this opportunity to wish all of our customers, franchisees and staff, past and present, a very Merry Christmas and a Happy New Year! 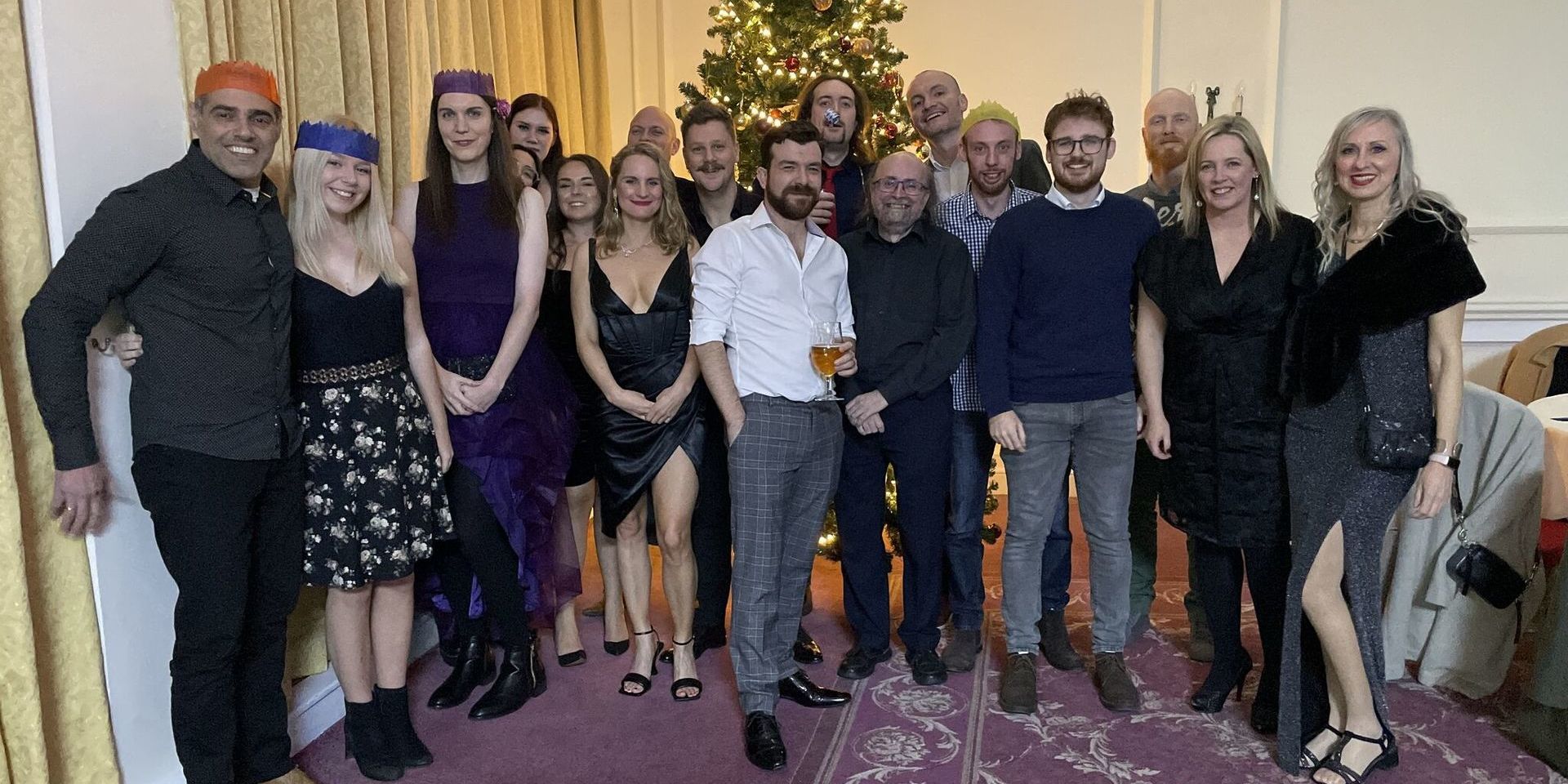 Our it’seeze franchisees build their businesses by creating bespoke website designs that are fully SEO-optimised, user-friendly, affordable and rank highly in Google’s search engine results. You can be confident that the website it’seeze builds for you will boost your business and stimulate business growth. Are you interested in being your own boss and becoming an it’seeze franchisee? Book your Discovery Call today.
Share this post: